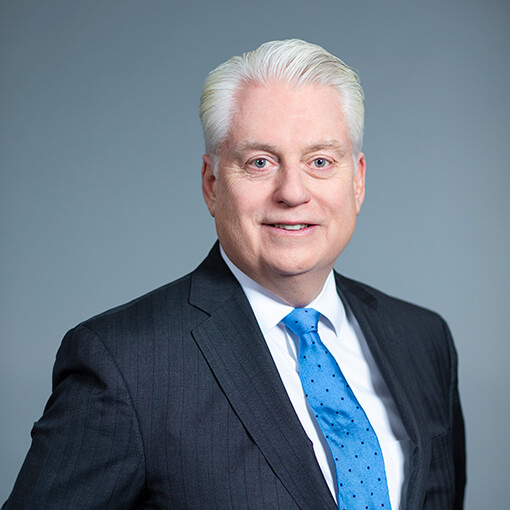 Thomas E. Samoluk is the Head of External Affairs & Investigative Services at John Hancock, the U.S. segment of Toronto-based Manulife. He is also a member of the U.S. Leadership Team.

Mr. Samoluk joined John Hancock in 1999 and was a Senior Counsel in the Office of Business Conduct until 2003, when he took over government relations and later additional responsibilities.

In the mid 1990’s, he served as the Deputy Director of the President John F. Kennedy Assassination Records Review Board, an independent federal agency that was responsible for the review and public release of classified records on the assassination, which are now housed at the National Archives.

Mr. Samoluk serves on the Board of Directors of the John F. Kennedy Library Foundation and chairs the Development Committee.

He is involved in several business organizations and industry trade associations on behalf of John Hancock, including:  Chair of the Executive Committee of the Life Insurance Association of Massachusetts; Chair of the Boston Municipal Research Bureau’s Board of Directors; Member, Board of Directors of the New England Council; Member (and past Chairman) of the Board of Trustees of the Massachusetts Taxpayers Foundation; Member (and past Chairman) of the Federal Legislative Strategy Group, and member of the Executive Committee’s Deputies Group of the American Council of Life Insurers.

Mr. Samoluk received his BA in Political Science from the University of Massachusetts at Amherst.  He earned his law degree from Suffolk University Law School.