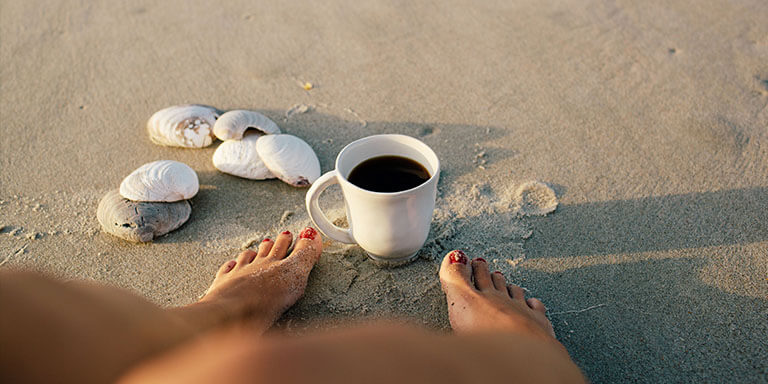 
These days, it’s less about winding down, and more about venturing out. More people are ditching their recliners to chase untapped passions and unexpected adventures. They’re not planning for a typical retirement. They’re planning for amazing.

This is especially true for younger generations, where the idea of retirement can feel impossible. Working comfortably in the same job for decades is unlikely, especially for those who graduated at the height of the 2008 recession. Careers are often supplemented by gigs and side hustles that fulfill passions and help pay the bills.

But this attitude isn’t limited to millennials—plenty of boomers share the same drive. They’re the ones who zig while everyone else zags. One of these folks is Dave Bateman.

Who is Dave Bateman?

Dave Bateman practiced law for 35 years. He was assistant attorney general for Washington state and founded his own law practice. Then one of Dave’s clients brought him to Kona, Hawaii, seeking his legal and business advice on a new acquisition: a coffee farm.


Dave was captivated by the peacefulness of Kona and the farm, but once he tasted the coffee he was in love. It was the best he had ever tasted. “If I could grow coffee like this, I could sell it around the world,” he thought. The seed was planted for a new future.


Perhaps sensing Dave’s passion, his client had a change of heart and offered him the farm. At that moment, Dave and his wife Trudy, an emergency room nurse, became coffee farmers. “We decided it was a time for a change in life,” said Dave. “Not retirement, but a change in focus. A change of life.”


In 2005, Dave and Trudy Bateman became owners of Heavenly Hawaiian Farms; they were in their late 50s and unstoppable.

There was a learning curve

Dave knew he had to do his homework for this project to work. “What I knew about coffee you could put into a coffee cup,” he said.


If you’re not an expert, find someone who is. Dave talked to everybody in the Kona coffee industry. The big players, the small players. He also sought the help of the previous owners.


“For the first year, I had the previous seller and his son teach me everything they knew about farming,” said Dave. “How to drive tractors, how to repair tractors, how to fertilize, how to prune, how to manage every aspect of the farm.”


But Dave and Trudy had to do more than learn to grow great coffee, they had to learn how to sell it. When he bought the farm, it had 38.5 acres and essentially zero business. They started doing some roasting and giving tours of the place. Once they had learned how to farm the coffee, they were able to engage with buyers around the world.

Dave budgeted and planned carefully for the next two years. That’s how long it took to get their footing with Heavenly Hawaiian. He had to make sure they had enough capital to continue with the project even if they had losses over those first 24 months.


“This is where I’ve seen other businesses fail,” he said. “They don’t have enough capital in reserve to keep the business going and to support the family while the business moves ahead. You have to make sure there’s enough savings for both.”

Being financially prepared was even more important to Dave because he had not built up traditional retirement savings. He was self-employed for a large part of his career. His largest asset was a waterfront home he built in his hometown of Olympia, Washington. Once he decided the farm was his priority, he sold the house to buy the farm and start the new business.


Meanwhile, his wife Trudy had a 401(k) she had built up during her time as a nurse in Olympia. Once Trudy started receiving the funds from her retirement plan, they were able to tap into those funds to purchase a second farm: a 7.5-acre farm with outstanding ocean views they call Heavenly Hawaiian 2.

In the past 14 years, their business has grown steadily and Heavenly Hawaiian Farms has become one of the most highly awarded farms in Kona.


As a business starts growing, it’s important to hire the right people. Dave recommends surrounding yourself with people who can figure things out and solve problems. As Dave puts it, “The trick is to hire people smarter than you.”


Another important step, once your business starts showing profits, is to take a salary yourself.


“Make sure that you start getting your ROI,” he said. “Start reaping your rewards from the business. Otherwise you’ll burn out. You have to be good to yourself, too.”

Dave and Trudy have dealt with setbacks. In the farming business, nature plays a big role. While they may always have buyers for their Kona coffee, a drought or a volcano eruption can upend a whole harvest. In 2018, they faced both—and 50% of their production was lost.


“Mother Nature can throw you a curveball like nothing you’ve seen before,” he said. “Your purpose as a good entrepreneur is to minimize those risks by planning ahead accurately for them.”

Next up: growing coffee on the moon?

When asked what was next, Dave joked, “Maybe start growing coffee on the moon!” Clearly Dave isn’t done dreaming big. He’s already working on a project with new investors that will have him traveling between Kona and Idaho every month. At 73, Dave is far from slowing down. And he’s anything but retired.

Are you thinking about your own passion project, but not sure where to begin? Start planning for the future you want today by speaking to a John Hancock financial planner and make your plan for amazing.

Want to start your plan for an amazing future?
Start a retirement plan

Please note: Financial advice should be tailored to individual circumstances. The stories shared are based on personal experiences and should not be viewed as recommendations. Any specific applications and services noted are not necessarily endorsed by John Hancock or any of its affiliated businesses.